The conference will be held in Istanbul, Turkey. With a population of 13.9 million, Istanbul is one of the oldest cities of the world. Istanbul is also only city in the world that sits on two continents, Europe and Asia. Strategically located on the Bosphorus peninsula between the Balkans and Anatolia, the Black Sea and the Mediterranean, Istanbul was successively the capital of the Eastern Roman Empire, and the Ottoman Empire and has been associated with major events in political history, religious history and art history for more than 2,000 years. The city is situated on a peninsula which is surrounded by the Golden Horn (Haliç), a natural harbor on the north, the Bosphorus on the east and the Marmara Sea on the south. The Historic Peninsula, on which the former Byzantium and Constantinople developed, was surrounded by ancient walls, built initially by Theodosius in the early fifth century.

The Historic Areas of Istanbul include monuments recognised as unique architectural masterpieces of Byzantine and Ottoman periods such as Hagia Sophia, which was designed by Anthemios of Tralles and Isidoros of Miletus in 532-537.

You can “watch” “Istanbul-City Film” for more information.

Istanbul University, celebrating its 561st anniversary, will host the International Interdisciplinary Business-Economics Advancement Conference (IIBA 2014), which will be held during July 16-19, 2014 in Istanbul,Turkey.

Istanbul University was established in 1453 by the Ottoman  Sultan Mehmed II. However, Richard Honing, a German law historian, who claims that Byzantine and and Ottoman traditions could be analyzed together, expressed that the history of Istanbul University can be traced back to March 1, 1321.

The main campus building with its landmark gate was previously used as the headquarters of the Harbiye Nezareti (Ministry of War) by the Ottoman government. Located on the grounds is the Beyazit Tower, a 85 m (279 ft) tall fire-watch tower. The grounds were previously the location of the Ottoman era Eski Saray (Old Palace). Some Roman and Byzantine ruins are still visible on the grounds.

The university has a teaching staff of more than 2,500 full professors, associate professors and assistant professors. The university also houses more than 4,000 research assistants. More than 60,000 undergraduate and 8,000 graduate students attend Istanbul University. Istanbul is easily accessible by air and is served by a number of major airlines through Istanbul Atatürk (Airport Code is IST (Preferred)) and Sabiha Gokcen International Airports (Airport Code is SAW).

The Weather: The expected average temperature during the conference will be around 30°C/86°F. 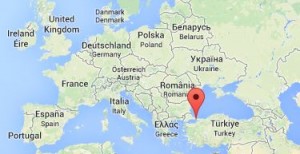